How to ace your job interview… and make sure you leave a lasting impression!

We’re convinced that anyone who says they have never been nervous for an interview is lying.

You have one shot to impress your potential employer and it is essential to make a great first impression to secure that job.

Not when you know what do and what to avoid! Preparation is the key to a successful interview!

Let’s begin with what you should do for a successful interview!

Put yourself in the interviewer’s position…

A person turns up and knows nothing about the organisation’s values, culture or even what they do! Not only is this likely to lead to an unsuccessful interview but you are also wasting yours and the employer’s time.

By doing your homework, the interviewer will likely be impressed and you’re making them aware that you know their values, culture and what they stand for; and well if you’re at the interview it is obvious that you agree with the attributes and will mesh well into the workplace! It is always a smart idea to research any company that you are applying to work for anyway to see if you agree with their values etc.

Top tip: the research doesn’t just mean going on the companies website, but also visiting their social media sites too to see if there are any interesting company updates that you could bring up to discuss in your interview to really impress the interviewer and shows that you’re really interested in the business.

Research shows that not only does smiling trick your brain into sending happiness signals and ultimately boosts your mood (a little self-care never hurts) but it also effects how others perceive you. Smiling can make others see you as even more attractive and confident. You want to come across as confident and warm and someone who is enjoyable to work with.

It’s not a great feeling for the interviewer if you’re gloomy, unenthusiastic and ultimately uninterested. It would be unlikely that you would land the job with a bad attitude.

Eye contact shows that you’re a confident and socially intelligent individual. When people avoid eye contact it can be perceived as a factor of nervousness, or even rudeness.

But do not over do it! Too much eye contact can be a deal breaker, you don’t want to make the interviewer uncomfortable or intimidated.

This shows the interviewer you’re genuinely enthusiastic about working for their organisation.

Now you know what to do, lets move onto what you should avoid…

Possibly one of the biggest don’ts!

Wouldn’t you rather get the job based of the achievements you have worked for?

Don’t gossip about past employers or present

This is a big red flag, it is best to avoid gossiping and speaking poorly about others in an interview. People most likely will not want to work with someone who might gossip about them and their company if they were to leave the job.

Arriving late is a sign of a lack of organisation and poor time management. It might also come across to the interviewer that you are not that interested.

If something out of your control happens make sure to ring up as soon as possible!

The night before the interview do make sure you get an early night and wake up extra early in case of any unexpected hurdles!

Just because an interview is virtual, does not mean that you can look at your phone… although you are not the same room, it’s obvious when someone isn’t paying attention.

You should treat a zoom interview with as much professional respect as you would an in person one, this means smart attire, enthusiasm and all the do’s mentioned above!

Despite everything, do not forget to be yourself, relax and remember you have been invited to the interview for a reason!  Make sure to sell yourself as well as you did in your CV to have landed an interview.

Looking for some help in landing your next job? 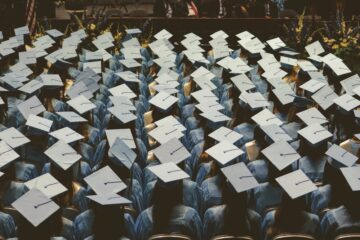 4 Reasons Why You Should Join A Graduate Programme!

Leaving University is a massive relief after your life has been consumed by exams and coursework… Finally, you’ve made it! Yet it’s also daunting going into the world of work, where do you start looking Read more…